“Ram Dass and the Fire of Devotion on the Spiritual path”

Recently, I had the joyous opportunity to read Ram Dass’s inspiring memoir Being Ram Dass.  One theme that quickly emerged throughout this beautiful, humorous, and detailed account of the late sage’s life was his boundless devotion to the spiritual path. From his ego driven days as a Harvard Psychology professor, to his personal experimentation and cutting-edge research with psychedelics at the dawn of the 1960s revolution in consciousness, to his first trip to India and the fated meeting of his beloved guru Neem Karoli Baba, to his pioneering work with the dying, to his lead role in helping launch influential global service foundations—- his life was a testament to the power of devotion on the path. Even following a near-fatal stroke in 1997, Ram Dass used the profound mental and physical suffering that he experienced to deepen his own faith in his guru and further practice inner surrender. In short, his life is a shining example of how far devotion to truth and the pursuit of enlightenment can take us if we simply learn to keep our hearts open, practice compassion, and learn to listen to the infinite wisdom of the Universe.

As I read Ram Dass’s uplifting memoir, I was continually struck by his seemingly miraculous transitions from one stage of life to another. The pages of his life unfolded like the passage of the seasons and with such cosmic precision that his biography reads like a character out of some epic spiritual adventure novel. For example, when his days as a Harvard professor were finally numbered due to the hoopla surrounding his and Timothy Leary’s remarkable psychedelic research, along came Millbrook (an experimental psychedelic commune in upstate New York that he and Leary founded) and a widely popular lecture tour to hippie youth on the topic of psychedelics and consciousness expansion. Then, when psychedelics as a pathway to greater wisdom and peace ran its course for him, Ram Dass found himself literally at the feet of an Indian holy man who would become his lifelong guru. And, when Ram Dass returned home from India for the second time in 1972 and felt his worldly desires begin to return he gracefully transitioned into a life of service through his work with the dying, prisoners, Native Americans, and even the blind.

In essence, each monumental transition in his life (including the most pivotal transition of all at his moment of death in 2019) was a journey through the various layers or levels of consciousness. It is no coincidence that Ram Dass’s seminal spiritual classic Be Here Now was originally titled From Bindu to Ojas.  In Sanskrit, Bindu to Ojas roughly translates to the movement of spiritual energy from lower levels of consciousness to higher levels. Ram Dass was a testament to the fact that one’s complete journey from identification with their ego to their soul can be done. Though, admittedly, this journey to the pinnacle of self-realization is a difficult one because it requires both patience and persistence. This is where Ram Dass’s boundless devotion and the transcendent lessons that it provides for us all comes into play.

At first glance, it might appear that the amazing synchronicities and good fortune in Ram Dass’s life was just simply the result of his karma and destiny (and to a large extent I am sure it was). However, a fire of devotion to the cause of loving awareness also burned bright within him. And after meeting his guru, this fire transformed into a devotional flame of eternal faith and inner knowing. It is this devotional flame that is at the root of all sincere spiritual seeking. Religion without devotion to the living spirit isn’t religion but simply a set of mechanical and hollow rituals. Yoga without devotion to the living spirit is simply a form of glorified stretching and attention grabbing. And love without devotion to the spirit of the source of one’s affection really isn’t love but its opposite quality of indifference. Even in Ram Dass’s final days when his body had decayed to the point that he was confined to his wheel chair most of the time, he remained devoted as ever to the living spirit of his guru.  Like the Hindu God Hanuman’s devotion to his god incarnate master Ram, Ram Dass’s lifelong devotion to the presence of Neem Karoli Baba in his own heart was the single most important lesson that I took away from reading this powerful and moving memoir. Through his glorious example, Ram Dass has shown me that enlightenment is indeed possible but only if one first cultivates a deep and unwavering devotion to the path of spirit through many years of faithful seeking. Our shared experience in these forms represents a precious opportunity to deepen our devotion.

Forrest Rivers is a writer and teacher who lives in the beautiful Blue Ridge Mountains of North Carolina. His new book, COVID-19 and Humanity’s Spiritual Awakening is now available on Amazon Here 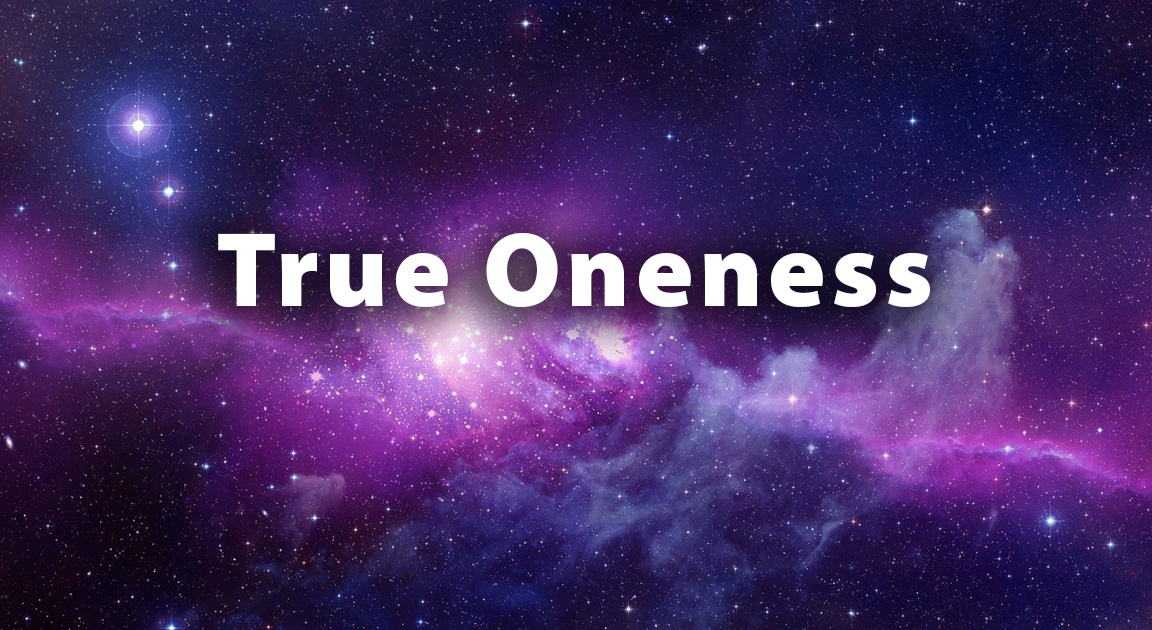 Though I never met him in person (I do feel I know him in the spirit), Baba Ram Dass, the inspiring hippie (in the truest sense) pioneer of consciousness has been among my greatest and most inspiring teachers. Unlike many self-described “gurus”, Ram Dass truly “walked the walk”. Without the slightest hint of putting on a show, his actions were a genuine reflection of all the inspiring themes he lectured and wrote about: love, compassion, humility, peace, suffering, the pitfalls on the spiritual path and Karma Yoga(the spirit of service). The following is one of my favorite quotes from him:

“As we grow in our consciousness, there will be more compassion and more love, and then the barriers between people, between religions, between nations will begin to fall. Yes, we have to beat down the separateness.”

In the earliest days of the COVID-19 outbreak it appeared that Ram Dass’s words were becoming a reality. War between nations seemed to no longer matter anymore as the virus, itself, became the common enemy of mankind. And, for a hopeful moment it appeared like division along the lines of sex, class, race, religion and politics would dissolve over night as the pandemic did not discriminate in choosing its victims. For the first time in our lives, the attainment of a collective higher consciousness was a real possibility. Of course, one of the chief aims of all spiritual traditions is to directly experience this connection that all beings share. Call this mystical life force energy that connects all things God. Call it the TAO. Call it the One. Or, call it the Great Mystery. In the end, whatever name you call IT doesn’t matter. What matters is the knowledge that such a state of divine unity is possible for humanity to achieve. The early days of the pandemic brought us infinitely closer to recognizing the heavenly state of such oneness.

Everywhere, people began to acknowledge their universal humanity. The ranks of volunteers grew to serve at food banks, younger people came to the aid of their elderly neighbors, groups organized to provide shelter to the homeless and many began honoring over-looked “essential workers” like grocery store clerks and food delivery drivers. However, as the period of social distancing wore on, the world gradually fell back into the old programmed patterns of fear and separation along lines of associations…. especially in America. Barely three months into the pandemic the following events took place:  armed protests against the shutdowns emerged, massive urban demonstrations and riots broke out in response to the latest police killing of an unarmed black man in Minneapolis, Minnesota; military rule at home supplanted any notions of democracy and the very rich continued to peddle their political influence to extract what little wealth remained among the very desperate poor and working classes coping with unprecedented unemployment

. How could the achievement of world peace feel so close yet also so far away? After all, for many, COVID-19 was perceived as a watershed event that revealed mankind’s potential to transcend the illusion of separateness. But, as they say, old habits die hard. The oneness that we all know is possible deep within our souls is still unfulfilled. However, this pandemic has already had the effect of helping us grow in our consciousness…. just as Ram Dass said. Just weeks before the outbreak of the virus, little on the surface appeared to unite us. But following its emergence, we have begun to awaken to see our common humanity.

No matter our differences on the surface, we have all gone through this period of hardship and suffering together. And, because of that we will grow stronger together.  In this moment, most of us know someone who has been severely impacted. Some of us have a friend or loved one who has fallen ill to the virus. Others of us know someone who has lost their job during the pandemic. Whether we want to admit it or not, all of our politicians and news medias’ attention to our supposed lines of divisions are intended to deliberately stoke fear of each other.  Why? So, we turn a blind eye to the very serious abuses of power that are taking place. What’s more, if we can still our minds and go beyond the egoistic mindset of our own leaders we will see that we are not all that different anyways.

Such demarcations like the color of our skin, the region of the world we happened to be born in and the religious traditions we were exposed to growing up were all out of our control. They were left up to fate and destiny. When we meet a cat or dog do we discriminate against it based on the color of its fur? Do we decide whether to pet it or not based on the location where it was born and in what manner it connects to living spirit? Of course, we don’t! So, why do we do so with humans? In the end, it is my hope that this experience we have all shared with COVID-19 will allow us to see past all the divisions and acknowledge the inherent soul connection we all have as beings of loving awareness. Maybe, once we recognize this connection with each other we will also see it reflected in humanity’s most important and sacred relationship of all: the Earth.