You can study the key tenets of Hinduism

You can memorize the essential Sutras of Buddhism

And you can philosophize about Taoist practices

But can you grasp the incomprehensible reality of Brahman?

Can you discover the essence of your own Buddha Nature?

And can you learn how to harmonize your life with Tao?

The intellect only takes you so far….

To see who you really are

And what lies beneath this.

More than a mantra

More than a phrase of faith

More than the Soul’s initiation

Into a universe of grace….

This mantra beyond all mantras

This phrase beyond all phrases

It is the song of THE SELF

Merging with the INFINITE ONE:

Forrest Rivers is a writer and teacher who lives in the beautiful Blue Ridge Mountains of North Carolina. His new book, COVID-19 and Humanity’s Spiritual Awakening is now available on Amazon HERE

In the beginning, there was one word

In the end, there will be one word

The mere mention of it

Is enough to make the hair on one’s neck

The raw power of it

Is enough to make once hopeless addicts

This word is more than a word

And more than a phrase

It is the sound of the ancient Universe

Encompassing all that WAS

All the great wisdom of the sages

Are contained within this word

This word is sacred

The vibration of creation:

Forrest Rivers is a writer and teacher who lives in the beautiful Blue Ridge Mountains of North Carolina. His new book, COVID-19 and Humanity’s Spiritual Awakening is now available on Amazon Here

“Death is a Passage not the End” 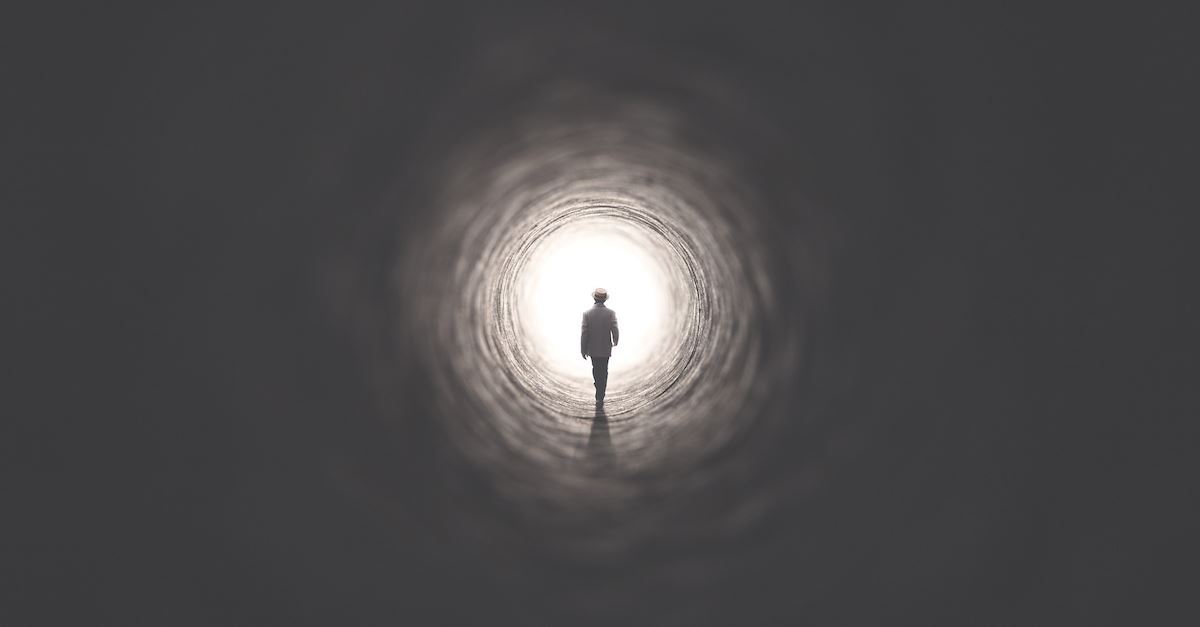 Over the years, it has become as good as living truth to me that we are more than our bodies. When we die, I have no doubt that some essence of who we are transcends the act of death and the flesh of the body. Of course, exactly where we go remains one of the greatest existential mysteries. Similar to both the Hindu and Buddhist beliefs on Reincarnation, I intuitively feel that each of us has taken countless births as males and females, as rich and poor, as oppressor and oppressed and even as faithful lover and duplicitous cheater. It is even possible, as Tibetan Buddhists believe, that we have even taken animal form in our previous incarnations!

Perhaps, the Universe’s grand intention for reincarnation is for us all to steadily build toward full awareness of who we truly are through the many experiences lived and lessons learned from each incarnation. Buddhists might call this awareness “nirvana”, Hindu’s “self-realization” and Christian mystics “infinite bliss”, but the same idea is implied. Through each passing incarnation we move closer and closer to realizing our total union with the One, God, Tao, the Universal Mind. It is true, that hardliner materialist scientists cling to the notion that when our bodies die we in fact die too. However, isn’t it at least a little bit ironic that the very cycles in which they study can easily be summoned to rebuttal such closed ways of interpreting our being?

After all, the seasons undergo an eternal cycle of birth, death and re-birth. The sun and moon partake in both an exquisite and cyclical dance of cosmic positioning. And, as theoretical physicists are just beginning to prove through reason and what sages have long known through meditation, the cosmos itself is constantly expanding, then imploding only to expand again. If we are truly one with all that is and comprised of the same universal matter why would our experience deviate from that same deeply profound and eternal law found everywhere else in our known Universe?

“Dust off Your Spiritual Lamp”

All the world’s mystics have discovered that the Self is more than our bodies and more than our minds. Why, then, do too many of us spin upon a wheel of despair driven largely by our own feelings of inadequacy? I can only attempt (key word here) to answer this question by posing another one: have you ever dug through your forgotten belongings only to find an old lamp covered in dust? If you have, then you noticed that as you flipped on the switch very little light shined.  So, what did you do?  Chances are, you simply wiped it away until a purer radiance shown.

The lamp metaphor can easily be applied to our own feelings of insecurity. Fortunately, there is something you can do when the negative emotions of shame, doubt and self judgement rear their ugly head (as they so often do). Meditation is that sacred cloth used to wipe away the dust of your childhood fears, pain and feelings of inadequacy. When we start to meditate regularly, it becomes increasingly difficult to run away from our higher selves…our “Atman” to borrow a beautiful Hindu phrase.

In the depths of meditation, the spark of God that lives within all of us reveals that very truth our minds try to keep concealed: self-judgment is a glitch in our own perception and is merely a small bump in the road on the higher path to self -realization.  When we dust off our spiritual lamps through the awe filled trance of meditation, self judgement is transformed into self-acceptance.