A Meditation on Freedom During COVID-19 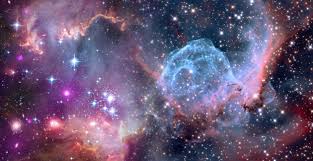 As the United States begins relaxing stay at home orders it has made me reflect on the meaning of freedom in the age of COVID-19. During this period of self-quarantining and social distancing, freedom has come to mean many different things to people.

For the mostly conservative anti-shutdown protesters in the United States (and to a much lesser extent in Great Britain and Germany) freedom has meant the right to work and operate one’s own business without undue interference by government. For these protesters, it has also implied the liberty to make one’s own personal decisions free of state tyranny. Yet, for other folks, freedom has come to mean something different. For many liberal urbanites and senior citizens freedom has come to be seen as the right to be protected from the threats posed by others’ irresponsible actions. In the context of this pandemic, some shoppers’ insistence on not wearing face coverings in crowded public places is an example of such a threat.

Medical workers on the front line of fighting the virus have also arrived at their own unique understanding of freedom. My sister, who is an ER doctor, has expressed to me that she and other medical workers would just like the freedom to be able to perform their (very vital) jobs without encountering societal road blocks along the way. A prime example of such a road block, is the US Government’s colossal failure to provide an adequate number of personal protective equipment (PPE) and testing kits for hospitals.

In an inspiring development, a growing number of spiritual seekers, too, are coming to their own profound realization of freedom. In the context of the times, seekers of truth are regarding freedom as something that extends beyond the individual AND as one’s conscious choice to use their free will to alleviate the suffering of all beings. Such an understanding of freedom is akin, in a Christian sense, to being our brother’s keeper. And, in a Buddhist sense, rising to the level of becoming a Bodhisattva or one who devotes their life to service. This perception of freedom has everything to do with right intentions and challenges us to step outside ourselves and to flow with the great river of life. In the end, this acknowledgement of the interrelation of all things (oneness) is possibly the highest truth that mystics of every faith have discovered. Very fortunately for humanity, it appears that more people are beginning to understand that true freedom springs from an awareness that we are all connected. Below, are two powerful examples of this kind of freedom in action:

For as long as I have known him, Jamie has been passionately devoted to the path of spirit and spreading the light of love. Recently, he began a live stream on Reddit centered on the themes of positivity and personal self-improvement. In just a few months, his platform has drawn up to 500 people at once from across the world. However, it is not the number of participants that matter in this story, but how Jamie has chosen to use his vehicle of expression to uplift others in this anxiety filled time. Recently, Jamie related a touching story to me about how he has been coaching (in his terms) one of his live stream participants through a difficult period of depression and sadness. Most significantly, Jamie revealed how this individual has been finding peace and comfort through their correspondences online. Incredibly enough, this participant lives in Australia! Jamie’s inspiring story is a testament to the fact that the vibrations of love can literally transcend the barriers of both time and space!

Austin has to be one of the kindest souls I have met in my life. And, as an inspiring musician, he has always succeeded in moving others to God through his creativity. During the thick of the stay at home orders, Austin could sense that his neighbors were feeling a little down from this extended period of isolation. So, he took out his guitar and started playing soulful melodies daily with the intention to uplift everyone around him. Austin brought so much joy to the people around him, that he received humbling letters of gratitude from some of his neighbors for spreading peace and love during an otherwise dark time for many.

The examples of Jamie and Austin are powerful reminders that you can still (responsibly) respect social distancing guidelines while positively impacting other beings through your freedom of choice to acknowledge the cosmic threads that tie us all together. In these unprecedented times of suffering and hardship, shift your perspective of freedom from what is good for you to what is also good for all your brothers in sisters!